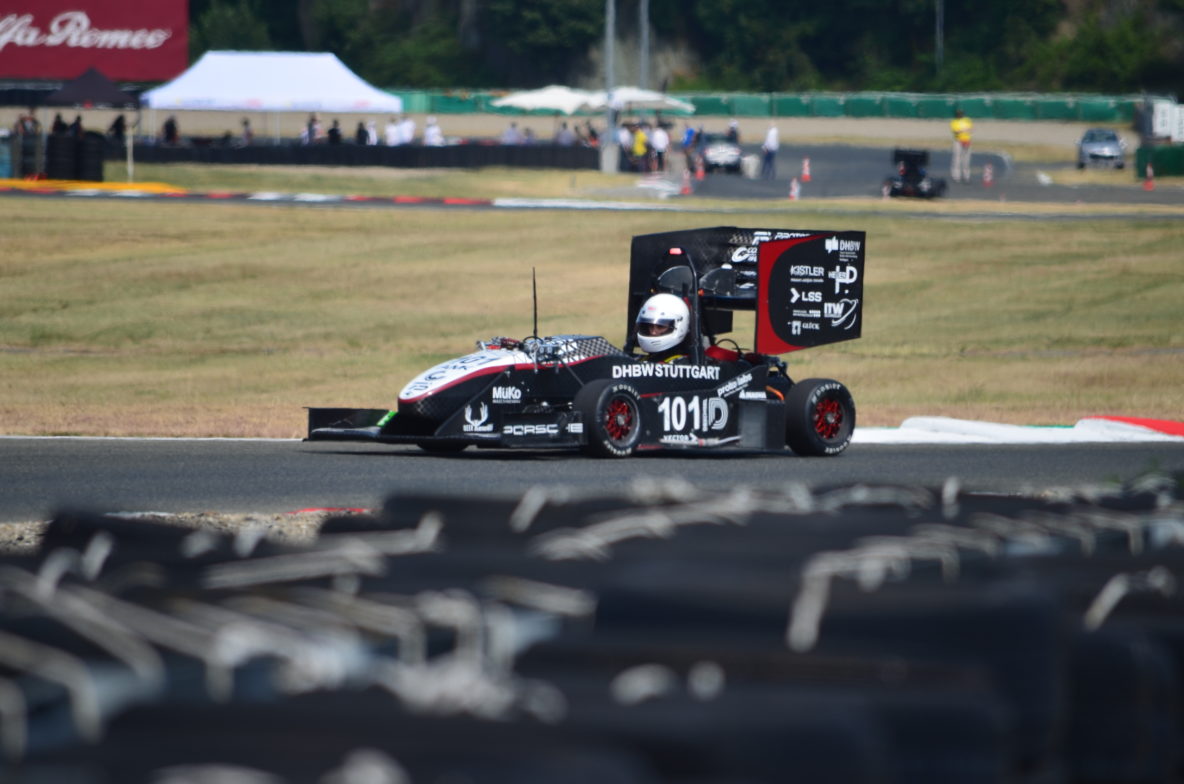 Founded in 2009, this team is coming to Formula Student Netherlands from Stuttgart,Germany with their newest reduced-weight car eSleek19. DHBW Engineering have a great history of achievements, and are looking forward to a great season of even more accomplishments. 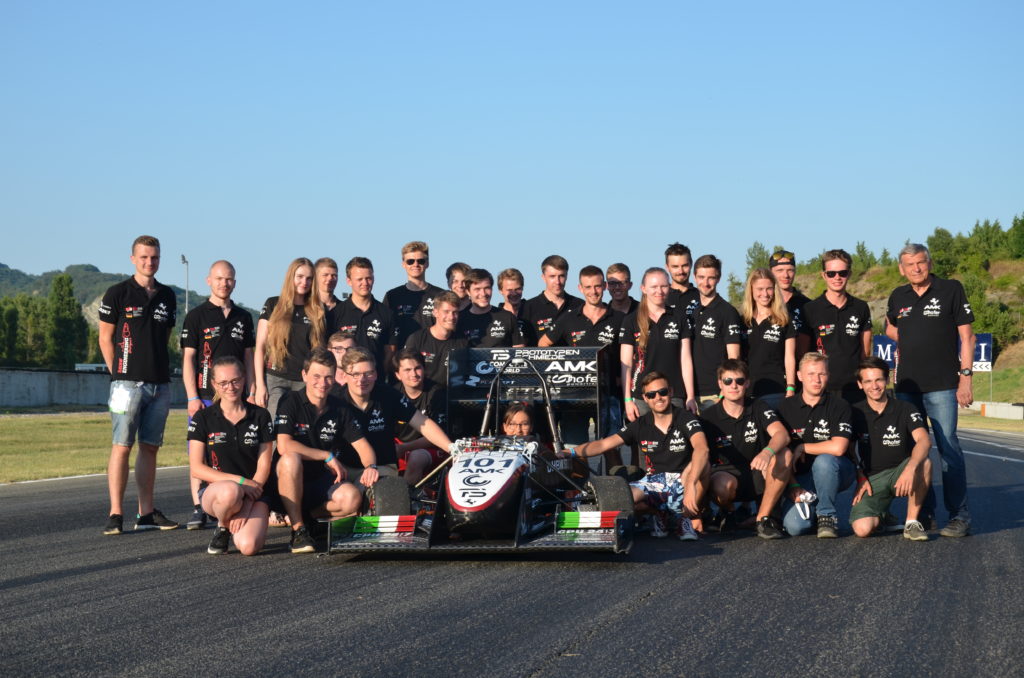 We are are the Formula Student team of the Cooperative State University Stuttgart. Our team consists of about 100 team members organised in 8 sub-teams to build one car: “A-Team – eCar”

DHBW Engineering competition history started in 2009 with the completion of our first Formula Student race car called the Sleek09. Like most teams our first cars all had internal combustion engines. For the competition season 2012 we switched over to the electric vehicle class and henceforth called our vehicles eSleeks.

The eSleek18 has shown great performance on track. With the improvements we made and the reduced weight of the eSleek19 we are looking forward to compete against other teams. And besides a successful season the growing together of the team including our alumni is very important to us.

Formula Student Netherlands is a highly interesting event for us because we want to compete against the best teams in the world in this new exciting competition.

FSN brings a breath of fresh air to our season plan and we are looking forward to getting to know our neighbours in the west and competing against them.

On the one hand, we are one of the largest teams with over 100 young team members. 100 people from various faculties who pool their competences together to create our eSleek19.

We do not just bring many people, but also spread good mood around the event area with other teams and of course also judges. So bring it on, we are looking forward to a great time in the Netherlands!