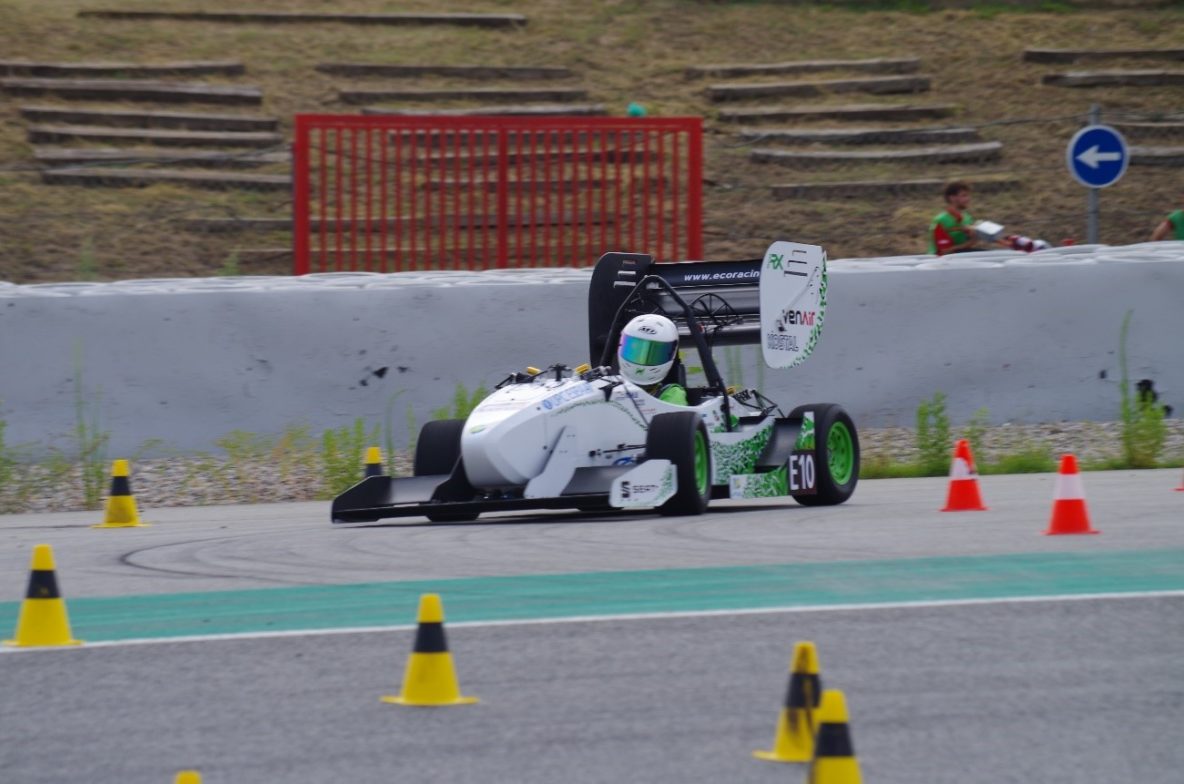 Celebrating their 10th anniversary, UPC ecoRacing are after more adventures joining Formula Student Netherlands 2019. This Spanish team has a history of  achievements, and this year they are eager to demonstrate their developed all-wheel-drive electric vehicle and monocoque. 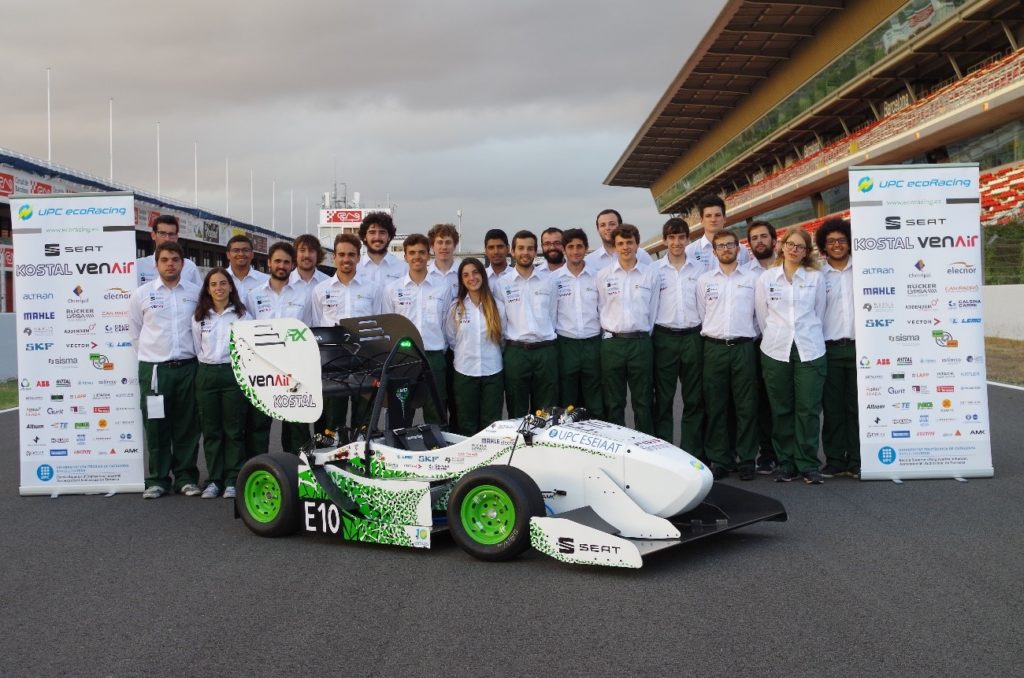 UPC ecoRacing was created in 2008 and is the Formula Student team from UPC ESEIAAT, in Terrassa. The team currently comprises 30 members whose main goal is to investigate and develop new technologies inside the automotive industry oriented to sustainability.

UPC ecoRacing started his participation in the Formula Student in 2010 when it presented the first fully-designed and manufactured hybrid competition car in Spain, the ecoR2. Over the following years, the model was evolved deserving, among others, the 2nd position in Formula Student Electric & Hybrid Italy 2010 and also in Formula Student Spain 2010. In 2012 the latest update of this hybrid concept achieved the 3rd position overall in the Formula Hybrid International, which took place in the United States of America. In 2013 the team made its first steps in the 100% electric technology developing a whole new concept, the ecoRZ, which eventually achieved the victory in Italy. In 2016, UPC ecoRacing was awarded as the most efficient car in the two most prestigious competitions on the international scene: the Formula Student UK and the Formula Student Germany. In the 2017 season, UPC ecoRacing became the first European electric team to compete in the Formula SAE Australasia in which it was proclaimed the champion in the electric category. Last year, the team made and important step forward as it designed and manufactured the first all-wheel-drive electric vehicle in Spain.

Participating in the Formula Student Netherlands 2019 is a new and challenging experience for us. It is also a great opportunity to demonstrate the knowledge gained during the development of our first monocoque and all-wheel-drive electric vehicle last year. Joining the competition is also a new opportunity to compete against teams that we have never met before.

After spending one year developing our last season’s vehicle, our goals for this year are to compete at the highest level in four of the best competitions in the Formula Student: FS Netherlands, FS East, FS Germany and FS Spain.

After competing in different countries around the world such as UK, USA, Italy, Germany, Australia and Spain, it is a great opportunity for the team to discover new competitions like FSN which we think that has had a good acceptance inside the Formula Student world due to the professional spirit that it demonstrated over the past years. This has been reflected in the number of registered teams and their high level of competitiveness.

Our most distinctive characteristic is that we include the sustainability as one of our main pillars of the project together with the essential scope, cost and time. Regarding to this, we take sustainability into account when choosing the materials, the manufacturing process or the design of some parts. As an example of it, our previous model, the ecoRZ, had a bodywork made of ABS, which is a recyclable plastic.