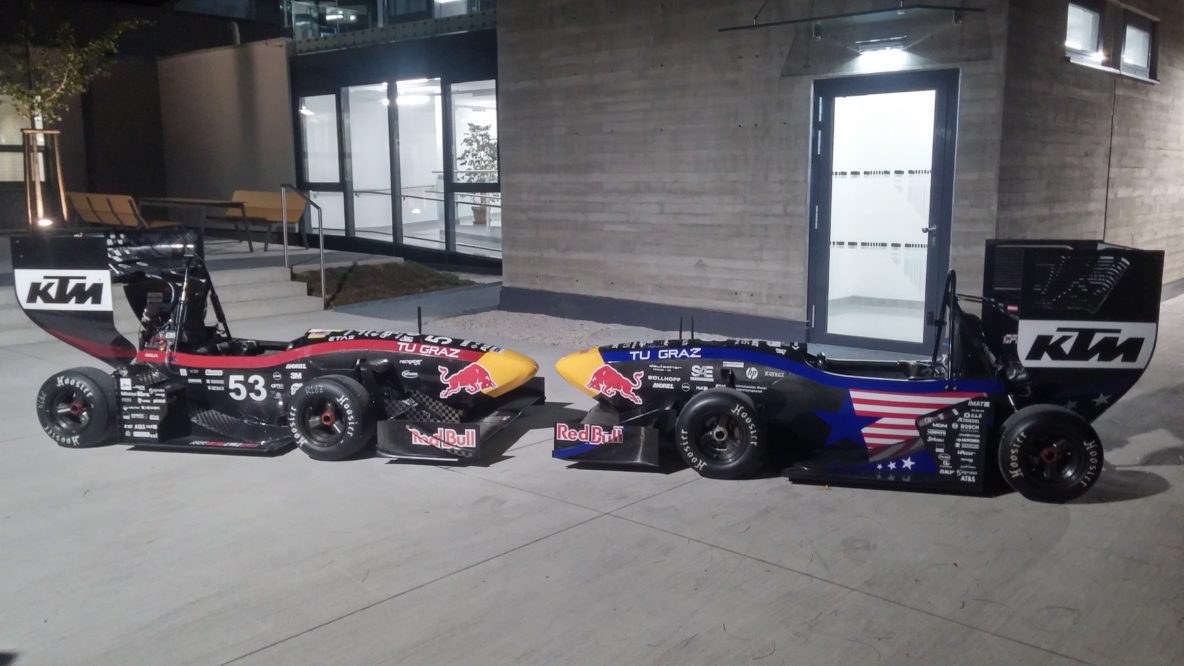 Located in Graz, Austria, where there are no kangaroos, this team is another Formula Student Netherlands first-comer. With 16 years of legacy and continuous achievements, TU Graz Racing’s main goal for the 2019 season is to become number 1 in the world ranking list. 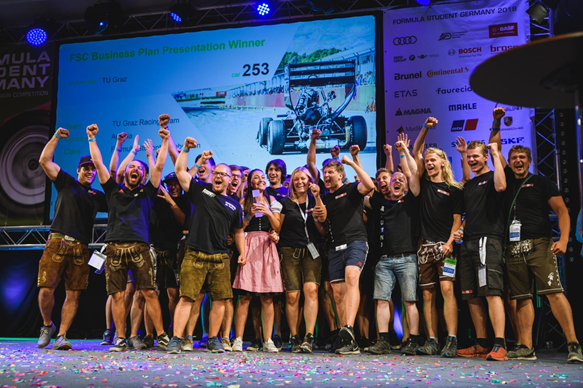 We are the TU Graz Racing Team, located in Graz Austria and founded in 2002. This season we will build our 16th internal combustion vehicle. Due to the common mix-ups between Austria and Australia this years vehicle, like all the vehicles built before, will be called TANKIA. TANKIA stands for “There Are No Kangaroos In Austria”. Throughout the years our team kept growing in size, clocking in now at around 50 team members. Compared to other teams, we are a very young team, considering the individual team members. Even though, this never kept us from fighting for number one. In the last years we consistently pushed onward to the top and will do anything, to defend these spots.

In the past 15 years we competed in 65 competitions, out of which we were able to score a total of 30 top 3 placements overall. Out of those 30 top 3 placements, 10 were winner overall! Our youngest achievement was first place overall at our home-race at FS Austria in the past year 2018! In the past two seasons we were able to set a new combustion vehicle skid-pad world record for three times, which made us very proud.

Joining FS Netherlands for the first time for our teams means a lot to us. Our team is always looking for new challenges and changes. To be the first TU Graz Racing Team to join FSN makes us proud we will do our best, to set a benchmark for the following seasons.

Our main goal for the season 2019 is to retain the number 1 spot in the world ranking list. Last year we had it for about 3 weeks and we want it back! To be able to achieve this goal, we are going to do everything humanly possible, to try and win every competition throughout the year.

Choosing FSN was due to a couple of reasons. Since we were the reigning champions of FSAE Italy 2018, we originally planned to go to Italy and try to defend our title. When the competition dates were released, we realised, that the competition in Italy and Austria are very close together. So close in fact, that in a case of a bigger technical failure in Italy, our start in Austria could be in danger. Since we didn’t want to take this risk and have never been to the Netherlands competition, we decided to join FSN for the first time and are already looking forward to it!

I think what really makes this team special is an unbelievable unique mix of motivated team members, all the needed know-how and very good partners in the industry. All these parts coming together every season results in an astonishing team spirit, looking for anything alike it. Every season passes its know-how and spirit over to the next one. Each and everyone in this team would sell their mother-in-law, just to make our TANKIA a fraction of a second quicker. This spirit of competition and fighting lasted for 16 years now and it will last for the next 16 years

Winning the 10-years edition of Formula Student Austria and simultaneously setting a new skid-pad world record for the third consecutive time, bringing the world record to Spielberg in Austria, would be our teams biggest achievement in Formula Student.