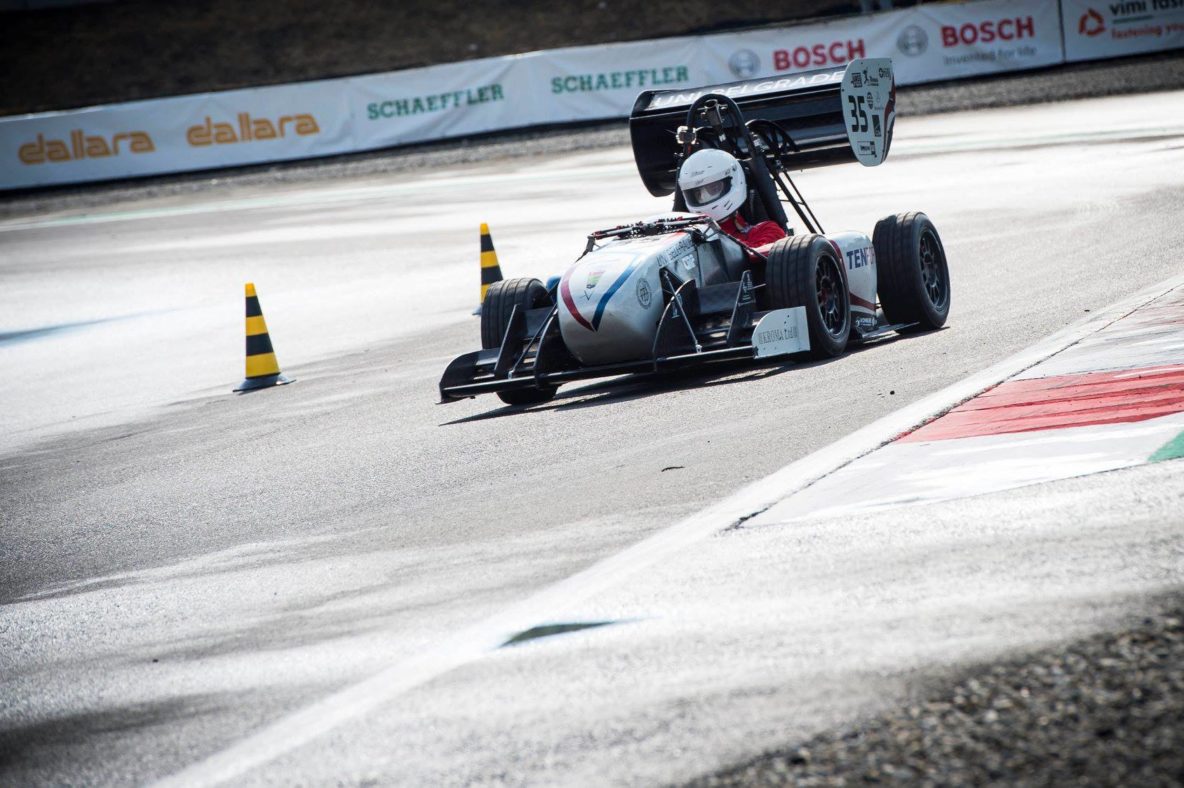 Being one of the very few Balkan Formula Student teams, and the first FS team in Serbia, Tenfore Road Arrow Racing will be competing at Formula Student Netherlands as first-timers after eight years of their team’s journey, in which they built seven vehicles, and competed in 17 Formula Student competitions. 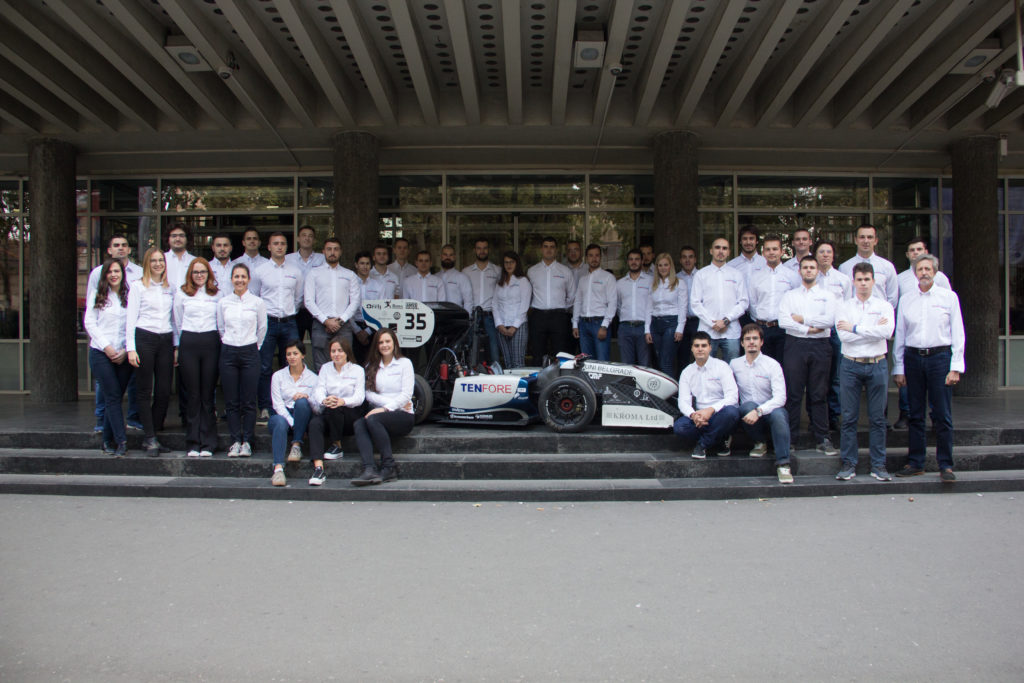 Introduce your team briefly
Students from the University of Belgrade founded the first Formula Student team in Serbia in November of 2010 under the name Road Arrow. During the first season, eleven students from the faculties of Mechanical Engineering and Organisational Sciences worked for months on the vehicle concept. From a union of these two faculties, throughout the years, we grew into a union of nine faculties that covers the
most diverse areas of technical and humanistic sciences. Since our foundation, we constructed seven vehicles, and competed in 17 Formula Student competitions all over Europe!
Tell us about your team’s history with Formula Student.
The year 2019 will be our ninth year competing in Formula Student competitions. We are currently working on our eighth car, hoping that we will fulfil all the goals we set at the beginning of this season and that as a final result, design and construct the best car we have made so far. In season 2011, we took part in our first competition at the legendary Silverstone track, competing in Class II (preliminary design of the vehicle without assembly). Since then, we took part in numerous competitions across the whole Europe. We took part in tournaments in the United Kingdom, Czech Republic, Hungary, Italy, Austria and also, in the 2017 season, we took part in the most prestigious competition in Europe – Formula Student Germany that is held at the Formula 1 circuit in Hockenheim.
What does joining Formula Student Netherlands mean to you?
For a team that comes from a small country, qualifying for this big and prestigious competition has a special significance. So far, we haven’t had the opportunity to compete on the legendary TT Circuit Assen race track. At last we will be able to make our dream come true and see our formula on one of the oldest European race tracks.
What are your main goals for this year?
The team’s goal for every season is to achieve the highest possible result and to qualify among the world’s top teams. Managing human and material resources, defining priorities and distributing financial means is a true challenge for every student team. For all members, primary goals are to use the knowledge gained at their respective faculties and apply it in solving one of the most complex tasks that students can meet with, during the course of their studies, further develop the skills necessary for proper mechanical design, marketing, project management, and get to learn about the importance of teamwork in the idea realisation process. This is all about achieving the goals and ideas of the entire team, but also achieving the personal goals of each of us.
What made you think of/choose FSN?
This year’s team wanted to go to some different tracks, compared to the previous squad. We wanted to take risks and apply for competitions we did not have the opportunity to participate in before and Formula Student Netherlands is one of them.
What makes you different than the other teams?
In the 2019 season, our team counts more than 40 students from 9 faculties from the University of Belgrade. We all live and breathe for the same goal and just like a big family, we share the good and the bad. When new members join the already established team, they together realise that this project represents a dream of every engineer.
What is your biggest achievement in Formula Student so far?
In  2015, at the competition in Czech Republic, our team took a fantastic 4th place in the endurance race – the most demanding discipline. Finally, the team took 9th place in general standings, which gave us the title of the best team in the region.
Describe your car in three words
Fast, innovative, reliable.